HIS-story – (n.) A powerful story about a partnership between HIS Fund and a church with a vision. 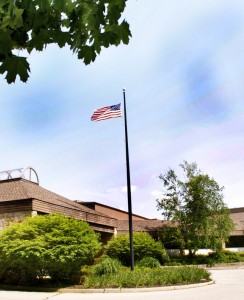 In 2002, Ed Jones and John Morabito did their first walk-through of the Casperkill campus, an abandoned but fully furnished 112,000 sq ft conference and athletic facility. Built and owned by IBM, the building and its picturesque grounds were used as a country club by employees for many years until the economy forced budget cuts that would close the club’s doors for good.

Ed, John and their team made an offer that day in 2002 to purchase the property. But it would take nearly ten years, much prayer and a partnership with HIS Fund to purchase Casperkill campus as the new home for Faith Christian Academy, Faith Assembly of God’s private K-12 school.

With a capital campaign in full swing, Ed Jones learned that HIS Fund was now serving New York churches. Without a moment’s hesitation, Ed contacted CEO Mike Bongiorno, and the HIS Fund team began working with Ed, finding a loan best suited for them and walking them through the borrowing process.

The next time Ed’s team would make an offer on Casperkill, it was with HIS Fund’s sound financial support. In 2010, they purchased Casperkill at $4M and redirected their capital campaign funds toward its planning, purchase and renovation.

Faith AG’s HIS-story drills down deeper than a church and school with a new campus. This story’s impact ripples outward, touching individuals from the leadership team to the academy’s students to the community of Poughkeepsie. 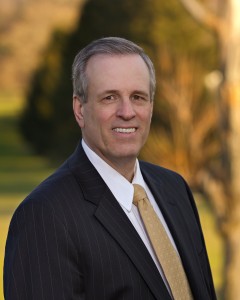 Ed Jones, senior pastor at Faith AG, led the church and the academy in the planning and purchase of the new Casperkill facility. When Ed took his first tour of the campus in 2001, he saw the incredible potential it held for the future of the academy. Faith AG’s resources, at the time, were not enough to make the $4M leap to buy the property. It would take more dreaming, praying and planning before Ed’s initial vision could become reality.

As a visionary leader, Ed is no stranger to big plans – neither is his team at Faith AG. Ed praises them for their courage in following his lead, even when the task was daunting: “They know I get an idea and may not know how we are going to make it work. But I bring it to them, and they get on board and work to make it happen.”

Ed sees God’s hand in the entire process. Even when the property remained out of reach for several years, Faith AG patiently waited to see how the story would unfold. Then HIS Fund came alongside them with a loan that matched their needs, the final pieces fell into place and the project gained momentum.

Today, Ed encourages other churches to move forward in confidence toward their visions for expansion and growth, to begin their HIS-story with boldness, knowing great things are possible!

John Morabito, an active member of Faith AG for many years, has played a key role in Faith AG’s growth and their latest move to the new campus. His background in municipal management and facility maintenance made him an asset to Faith AG’s leadership team when several interested parties, including local government entities, were vying for the property.

John’s loyalty to God’s vision for Faith AG remained steadfast through the many twists and turns this story would take before Faith AG was able to make the purchase with HIS Fund’s help.

Today, John is still awed by the fact that the campus came to them fully furnished. From the tables, desks, chairs and office supplies to the fully-furnished gyms, kitchens and bowling alley, John expresses thankfulness and wonder at God‘s provision. His favorite room in the building, however, is the workshop. Equipped with every tool imaginable, it is a dream for someone with John’s passions and abilities. It also serves as a reminder of how artfully God uses each one of us according to our own gifts and purpose, while keeping the bigger picture in mind. 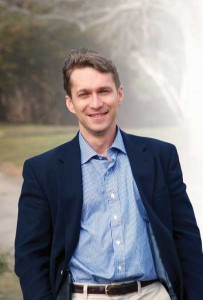 One person on this journey, Alex Averin, came with his own personal story that is both unusual and inspiring. A Russian immigrant, Alex felt a call to the United States since he was a young boy. Today, he serves the students of Faith Christian Academy as Headmaster. His passion for academic excellence and excitement for the new facility are contagious.

It was only last Fall the academy held its first harvest festival, an event that attracted approximately one thousand visitors from the community. “We don’t look at this as just a piece of real estate,” says Alex. “We are able to reach the community and beyond.“ 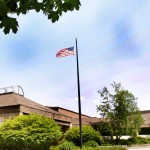 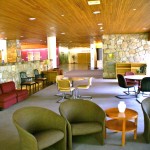 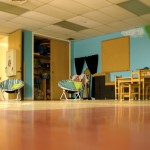 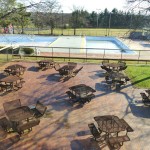 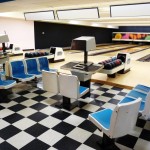 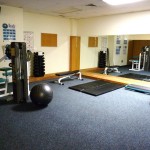 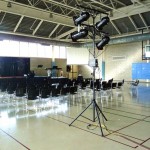 The initial interest rate on all Notes will depend on the effective interest rates at the time of purchase. Term Notes pay interest at a rate fixed at the time of issuance. Once fixed, the interest rate on a Term Note will not be changed until the Note matures. Demand Notes pay interest at a variable interest. At least thirty (30) days prior to any decrease in the interest rate on a Demand Note, HIS Fund will notify the investor of such change. This information is neither an offer to sell nor a solicitation of an offer to buy the securities issued by HIS Fund. The offering is made only by the prospectus, which contains risk factors that you should carefully consider before investing.

No state securities agency has passed on the accuracy or adequacy of the offering circular nor do any such agencies recommend or endorse an investment in HIS Fund. The unsecured debt securities of HIS Fund are offered in the United States except in the following: Alaska, Hawaii, Oregon, Utah, and Washington. The notes are not savings or deposit accounts or other obligations of a bank and are not insured by the Federal Deposit Insurance Corporation, any state bank insurance fund, the Securities Investor Protection Corporation or any other governmental agency.
We use cookies on our website to give you the most relevant experience by remembering your preferences and repeat visits. By clicking “Accept”, you consent to the use of ALL the cookies.
Cookie settingsACCEPT
Manage consent

This website uses cookies to improve your experience while you navigate through the website. Out of these, the cookies that are categorized as necessary are stored on your browser as they are essential for the working of basic functionalities of the website. We also use third-party cookies that help us analyze and understand how you use this website. These cookies will be stored in your browser only with your consent. You also have the option to opt-out of these cookies. But opting out of some of these cookies may affect your browsing experience.
Necessary Always Enabled

Performance cookies are used to understand and analyze the key performance indexes of the website which helps in delivering a better user experience for the visitors.

Analytical cookies are used to understand how visitors interact with the website. These cookies help provide information on metrics the number of visitors, bounce rate, traffic source, etc.

Advertisement cookies are used to provide visitors with relevant ads and marketing campaigns. These cookies track visitors across websites and collect information to provide customized ads.

Other uncategorized cookies are those that are being analyzed and have not been classified into a category as yet.